Your Startup’s Initial Investors – Up to Series Seed 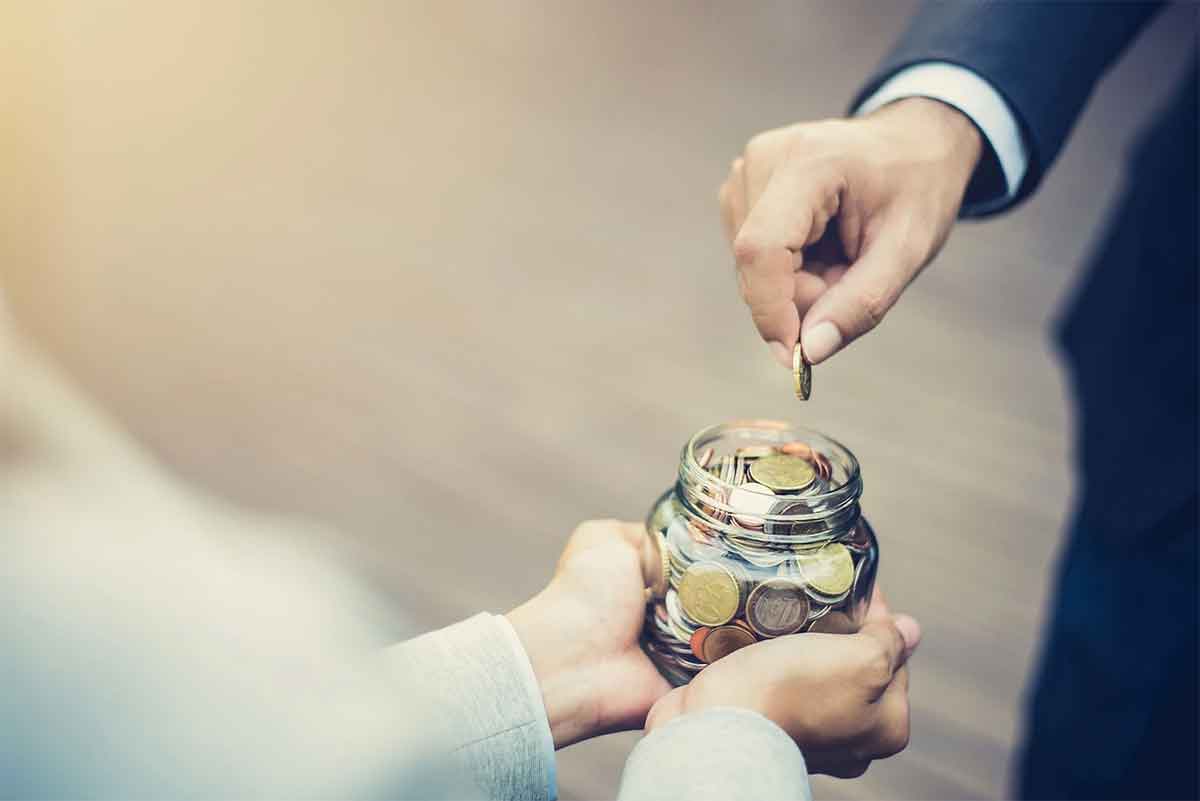 tl;dr – A high-growth startup will likely eventually need outside capital. Family and friends invest in companies when they are little more than an idea. Angels invest when the startup starts to gain traction. Traditional accelerators invest cash as well as resources for a piece of equity. Seed funds write bigger checks and normally lead your first priced equity round. There is a funding gap for underrepresented groups throughout.

In the immortal words of P. Diddy, “It’s all about the Benjamins Baby.” To those of you who have no idea what that means, first – ::facepalm::, and secondly it means that cash is king. Founders around the world are worried about their burn rate, running out of runway, and missing payroll. The typical way an early stage startup acquires cash is typically through raising capital and the fundraising process so happens to be the area where I receive the most questions from founders.

This post will introduce the different types of early stage investors for venture-backable (i.e. not lifestyle business) startups, briefly touching on the legal documentation for each.

Mohammed has a great idea for a Spotify competitor that will more accurately curate playlists for users. He calls it UberSpotify. He’s super excited about it but he doesn’t have a trust fund like his friend Jamal, or years of savings like another friend Tian. Mohammed has to continue his day job as an engineer at Microsoft so he can pay his bills, because he doesn’t want to max out his credit cards or take out a personal loan while he builds out UberSpotify.

Months in, Mohammed has a breakthrough on his product and he believes he can get more done if he begins to hire a team and pursue UberSpotify full-time. It’s time for him to raise outside capital.

The first group of outside financing is called Family, Friends, and Fools. I don’t like Fools as a term so I’ll call them the Fearless, as they may be investing in little more than an idea and it takes guts to get in this early. This group of investors is made up of your close network:

This group is investing in the founder as much as it is investing in a business. They have faith that the founder will run a successful company leading them to a positive exit event. At this early stage the Company may have a deck and a mark-up but is unlikely at the minimum viable product (“MVP”) stage. These people will infuse the first bit of capital into your company and keep in running for short period.

UberSpotify‘s initial investors are Mohammed’s father, Tian, Jamal, and Glen, Mohammed’s now former manager at Microsoft. UberSpotify is based in Austin and Mohammed understands that convertible notes are what is “market” in Texas, so UberSpotify issues convertible notes rather than Simple Agreements for Future Equity (“SAFEs”), which are more common in the Bay area. Mohammed checked to ensure that everyone is an accredited investor before issuing the notes as he understood that adding any non-accredited investors to the cap table (record of ownership stake) can be problematic. The convertible notes have no valuation cap since no one in the group is an experienced investor but they will receive a discount against a future note raise if one occurs.

*An important note is that this is the stage where the funding gap begins to really rear its ugly head. Many potential startups headed by people from underrepresented backgrounds fail to secure funding at this stage since they may not come from wealth or have the “signals” (e.g. a Stanford degree) that open access to this sort of capital. At this stage the companies are in their nascent stages and too early for seed or other venture capital (“VC”) funds that are slowly starting to fill the funding gap. There have been many articles and posts on the gap at the angel and VC stage but I’d be remiss to not mention the gap at this stage.

The second group of investors are known as angels. Angel investors are high net worth individuals and are the first “true” outsiders who invest in your company. At this stage your company may have an MVP and is making progress beyond just being an idea and a deck. Angels can come from around the country but the most supportive are likely people in your local community. For example, the Central Texas Angel Network (CTAN) is comprised of accredited investors who like to invest in early stage companies. If you’re in Austin, this is a great organization to connect with.

Syndicates are groups of angels who band their money together to invest in companies. AngelList has a prolific syndicate network for its angels connecting them with high quality companies. The level of involvement in a startup’s operations of an angel or syndicate varies.

Both syndicates and angels can invest in a startup by purchasing equity, convertible notes, or SAFEs. Startups can expect a formal valuation or at the vest least a valuation cap at this stage. These groups may also take part in future rounds of funding as well.

Continuing his journey Mohammed has begun to gain traction as UberSpotify begins to pick up paying users and is working through the bugs in the app. He connects with CTAN for a round of funding and he raises a convertible note with a $6M valuation cap and 20% discount against a future equity round. The F^3 round investors will have a discount against these terms as they were earlier and thus took on more risk.

Startups may also join an incubator or an accelerator. Incubators are generally hubs whose main purpose is to help startup companies innovate and focus on product and business plan development so they are a good fit for earlier stage companies. They normally house a few startups and don’t have a set end date. Further, they may or may not invest in your company, so be sure you manage your expectations accordingly.

Accelerators like Capital Factory in Austin or TechStars for example, make a cash and resource investment in the company in exchange for equity as well. Oftentimes their terms include anti-dilution and pro-rata (right to invest up to a certain amount on the next deal) rights as well. They have a definitive time period where you are working in their offices, normally lasting no more than 3 months. Accelerators provide access to mentors and future investors including VCs. They are great options for companies who have a product and are looking for a tighter product market fit although the downside is giving up equity.

As the market matures and grows incubators an accelerators have become more specialized and focused. There are many that focus on specific verticals, social impact, aiding underrepresented founder groups, hard sciences, hardware, CPG, etc. Then, as the market evolves, founders can expect to see further specialization.

Mohammed makes the decision to join Capital Factory as it is well regarded, and he believes it will accelerate UberSpotify’s growth. While the cash investment is relatively small Mohammed believes that since he is a first-time entrepreneur that Capital Factory will provide a lot of connections and validity to UberSpotify. Through the accelerator he meets Terry, who joins the UberSpotify team as the Head of Growth. Mohammed also begins to meet VCs.

Here’s a deeper breakdown of both –
https://www.techrepublic.com/article/accelerators-vs-incubators-what-startups-need-to-know/

The next group of investors you encounter on a typical startup’s path are known as seed funds. Seed funds a smaller venture capital funds (~$20-50M managed) that normally are a startup’s first priced equity round which was previously known as Series A as is now known as Series Seed. Seed Funds like to see product market fit and traction (e.g. growing revenue) prior to making an investment and some may lead a round while others may follow on. Angels and other investors will follow the lead Seed Fund who will hold a substantial stake of the round and negotiate its terms. It’s important to note that angels can also lead a Series Seed round, but the data suggests that those rounds will be smaller which can be a positive or a negative depending on your specific startup.

A Series Seed investor will likely want a specific percentage of the startup and will offer the amount of cash they deem to be proper for that percentage which creates a valuation. The Seed Funds will also want board representation and other rights such as anti-dilution, pro-rata, and the need for the startup to obtain the Seed equity holder’s approval prior to making certain changes.

Like accelerators, Seed Funds are become more specialized as the amount of excess capital seeking alpha in VC investments has forced the funds to stand out in some other way other capital. Seed Funds now specialize in industry, vertical, social impact and so forth. Founders need to assess the benefits beyond capital that the Seed Funds can bring their company whether it be industry knowledge, connections, or something else. Additionally, a founder must keep in mind that they enter into a long term working partnership with anyone their cap table so they must ensure there is a cultural fit along with trust as well.

Mohamed meets with ATXStartupAttorney Seed Ventures, a shop known for its B2C portfolio as well as its good taste in music. Trusting that this fund will help propel UberSpotify to the next stratosphere, Mohammed and his board agree to terms with ATXStartupAttorney Seed Ventures for 15% of the company in preferred equity for $2MM at an $8MM pre-money valuation with a $10MM post-money valuation. The fund holds one board seat, Mohammed holds one, and a third party picked by Mohammed and the fund will hold the third. The previous noteholders convert into preferred equity at their established conversion prices.

*Again, it is worth mentioning that while it is true that there is more capital in VC than ever it is also true that such capital has not been deployed on a pro rata basis to companies run by historically underrepresented founders. One of the causes for that is the lack of venture funds run by

Becoming familiar with the different type of funding and support available to you as a founder is an important start. Make sure you have trusted people in your corner to help advise you when it comes to your fundraising strategy and what makes sense for your startup.

Here’s a list of notable investors in Austin –
http://fi.co/insight/austin-startup-investor-list-80-angels-venture-capitalists-and-more