What is the forgotten founder problem? How to avoid or fix this issue. 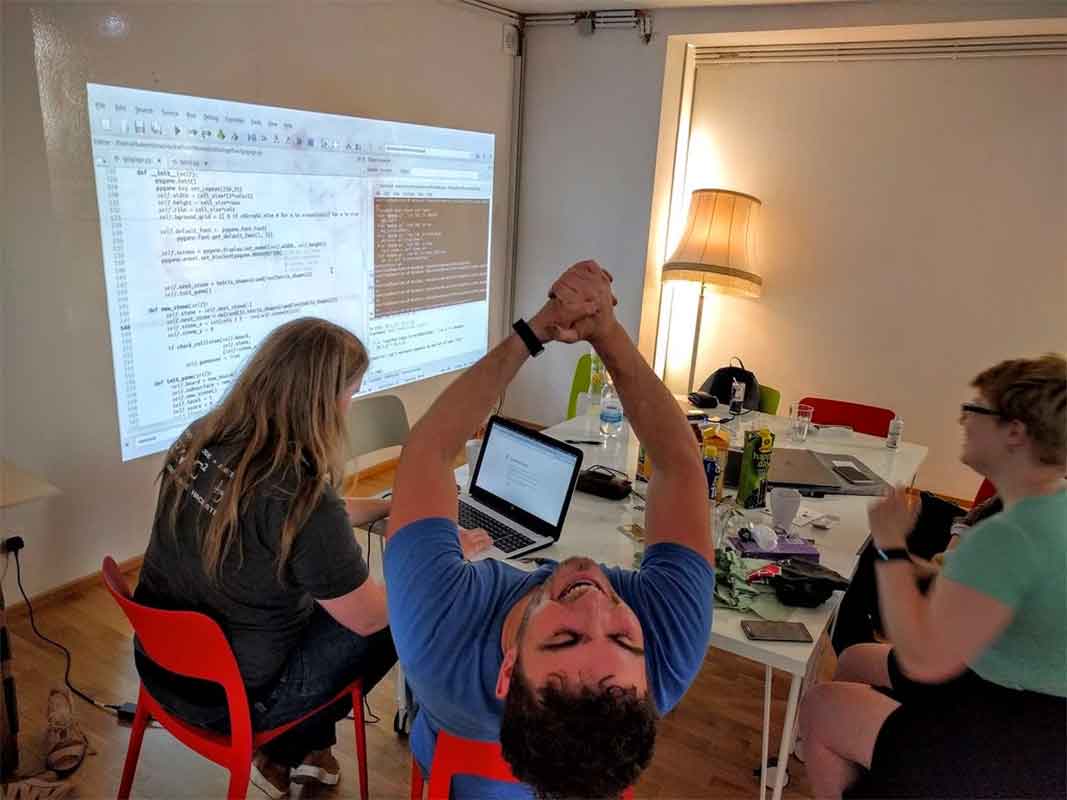 tl:dr – A forgotten founder is someone who initially works on the product of a company, never assigns his IP to the company, and re-appears when the company is looking at exit event. The best way to handle this issue is by avoiding it by having them sign an IP assignment agreement at the outset.

If you are developer or are simply interested in tech chances are you’ve heard of a hackathon. You may have even participated in one. For those uninitiated, a hackathon is an event (usually occurring over a weekend) that brings people together to collaborate on a solution (or at least a prototype of a solution) to a problem – generally involving new technology, code, or product.

During a particularly exciting hackathon, James, Lorena, and Mohammed successfully design and develop a dog walking app that connects dog walkers with dog owners. The next day, Lorena sends an email to James and Mohammed as she thinks they have a real opportunity to make something out of this app. James replies that he is interested, but Mohammed doesn’t respond.

James and Lorena decide to move forward and create their company, DogStroll. They divide equity between each other and assign their IP to DogStroll. Next they build and test subsequent prototypes, and continue to improve the UX and backend of the app by developing an algorithm that improves the owner and walker matching.

James and Lorena build out a team, finalize the product, start selling to customers and raise money to throw cash on the fire. Things are so good that Petsmart decides it wants to acquire DogStroll. James and Lorena are super excited that all of their hard work has led to a potential exit event.

Through the grapevine, Mohammed hears about the potential acquisition and emails James and Lorena asking, “where’s my cut?” James and Lorena share this email with their lawyer and they decide that they must let Petsmart know about the email. Petsmart stops the deal as they believe “key” intellectual property (“IP”) is not owned by DogStroll. Even though he didn’t chime in earlier, he can claim that his IP was used by DogStroll as the app was initially created during the hackathon.

James and Lorena think that this is unfair and that Mohammed just wants to free ride to some cash but unfortunately for them Mohammed’s claim is a valid issue. Mohammed is the forgotten founder in this example.

The value of Intellectual Property

Let’s take a step back and briefly discuss why the forgotten founder is an issue for startups. When you create a company, especially a technology or technology enabled company, the standard process is that founders, employees, and independent contractors assign Intellectual Property, or IP, to the company, especially if they worked on any IP related to the Company. Therefore, anyone who works for the company or works on anything on behalf of the company is generating IP for the company, not themselves. There are exceptions to this general rule, of course, since you would not have maintenance staff assign their IP to the company.

So why is an assignment of IP essential? For many startups possibly the most valuable part of the company is its IP. Unlike a company that sells t-shirts or a construction company that operates expensive machine, the value of a startup is in its technology. Petsmart wanted to buy DogStroll because of its software, not because it had an inventory of dog snacks. For tech and tech-enabled startups, their technology (e.g. platform, piece of hardware, etc.) is a key piece of valuation for investors as well as potential acquirers. And those groups will want to ensure that your company owns all of the IP that drives it. If someone else has a potential claim, like a forgotten founder, then you may either take a hit on valuation or even miss out on a financing or an exit event.

In our example, Mohammed never assigned his IP related to his work from the hackathon to DogStroll. Thankfully, there are ways to avoid and even solve the forgotten founder problem.

Avoiding the forgotten founder problem takes some foresight. If you and some friends or colleagues create a company following, the founders sign a proprietary information and inventions agreement, or PIIA. If someone doesn’t seem interested, like Mohammed, have them sign an IP assignment agreement with your company. That transfers anything they worked on during the hackathon, for example, to the company you founded. This helps the company avoid the forgotten founder issue.

That person may want something in exchange for signing the IP assignment agreement, even if the company isn’t worth anything. If that’s the case, it’s important to compensate them. In any event, to have a contract, there needs to be consideration between the parties. Typically paying $20- $50 will work. If the person asks why they need to sign you can always blame it on the lawyer making you do it. Getting this agreement signed will save you a lot of headaches in the future.

If you have a forgotten founder

If you find yourself with a forgotten founder problem, it’s not too late, but will require some extra work on your part.

If it’s early on in the company’s lifetime, you can make sure that what you’ve built is independent of what they’ve done. For example, Dogsmart could’ve have deleted Mohammed’s work and ensured they were not using his IP, and documented the changes. If that works, congratulations you’ve escaped a potential mess. If that’s not possible, or if that code is the foundation what you’ve built, then you have to negotiate.

You could also have the forgotten founder sign the IP assignment agreement at this later stage but be prepared to pay substantially more than you would have at an earlier stage.

If you’re unable to get the forgotten founder to sign the IP assignment agreement or the company cannot change the part they worked on to eliminate their IP, then you will have to negotiate. You will either negotiate with potential investors if this issue is discovered during a financings meeting, or with the company wanting to acquire your startup. Both groups may be ok with moving forward within complete IP ownership. However, that situation is unlikely, particularly if “key” or “core” IP is at issue and at the very least expect to take a hit on valuation. What is most likely is that you will have to go back to the forgotten founder and negotiate with them.

Make sure the Intellectual Property belongs to your company, not individual contributors

Forgotten founder problems are too common despite how easily they can be prevented. Deals have been held up because of situations like what occurred with DogStroll. Luckily, now that you know what to avoid, you can protect your company’s IP and avoid this massive headache when it’s time for a large financing or exit event.